Abcodia Ltd is a biomarker company focussing on the validation of molecular biomarkers for disease diagnosis and personalised medicine. At the heart of the company is a unique biobank, the UK Collaborative Trial of Ovarian Cancer Screening (UKCTOCS) founded in 2001 and led by clinical scientists at UCL. UKCTOCS is the world’s largest prospective study for ovarian cancer diagnosis and will result in the generation of a collection of more than 5 million high quality serum aliquots (UKCTOCS sample bank), associated with clinical demographic and age-related disease phenotypic data from over 200,000 women across the UK. A wide range of diseases are now recorded across this aging cohort, making it amenable to the discovery of biomarkers and screening diagnostics for several therapeutic areas.

A European biotechnology company, Ark Therapeutics was established in July 1997 by Professor John Martin, Mr Stephen Barker and Professor Seppo Yla-Herttuala. Its Finnish arm, Ark Therapeutics Oy, was acquired in 2001. The company has a broad range of products in late stage clinical development. The therapeutic focus is on clear unmet clinical needs within the high value specialist medical areas of vascular disease and cancer. Ark successfully floated on the London Stock Exchange in March 2004.

Arrow Therapeutics is a London-based pharmaceutical company focussed exclusively on research and development of novel antiviral drugs. The company has developed a broad pipeline of early and late stage projects at various stages between early research and clinical development. Their in-house research has resulted in compounds active against Hepatitis C and Respiratory Syncytial Virus. The leading RSV compound is currently in a phase II clinical trial and was the cornerstone of a deal with Novartis to develop and commercialise the small molecule inhibitor RSV604 (previously known as A-60444) for the treatment of Respiratory Syncytial Virus. Further breakthroughs have lead to their acquisition by AstraZeneca, for circa $150m cash.

Formed in 1999, Biovex is a private biotech company, based near Oxford, developing a new class of potent vaccines to treat and prevent cancer and certain viral diseases. The company has two vaccine platforms; OncoVEX and ImmunoVEX, and a functional genomics platform for gene target validation in neurons and other tissues (NeuroVEX). The Company`s lead product has completed Phase I clinical trials with Phase II studies in melanoma, breast cancer and head and neck cancer begun in October 2006. UCLB are delighted to announce that US biotechnology giant Amgen acquired Biovex in February 2011.

Founded in 2005, Canbex is a developer of active compounds in the field of spasticity and pain. The company develops peripherally-acting cannabinoid antagonists for the treatment of multiple sclerosis (MS) and other neurodegenerative diseases. Canbex Therapeutics is a joint investment collaboration with BBSF (Bloomsbury Bio-Seed Fund) and the recipient of a Wellcome translation award. The company portfolio includes two different series of compounds that have been extensively characterised in MS models. The company is a licensing vehicle for this breakthrough technology and research work is being carried on this project at UCL, Queen Mary’s and Cambridge Universities. The company is managed and supported by UCL Business’ management team.

Domainex was established by scientists from the Institute of Cancer Research, University College London and Birkbeck College, with seed funding from the Bloomsbury BioSeed Fund. The company works on cutting edge science to create fragments of protein molecules encoded by cancer causing genes, or those involved in viral infections which can then be targeted for drug development. The technology developed by Domainex will greatly assist the study of the 3D structures of protein molecules involved in cancer and viral infection. This will provide a greater understanding as to how these proteins work and lead to the identification of new therapeutic drugs.

Inpharmatica specialises in the use of predictive informatics in biology, medicinal chemistry and ADME to improve the speed and productivity of drug discovery. The key elements of Inpharmatica`s business are: Chematica(TM) – a powerful proprietary chemogenomics approach to drug discovery, which draws on Inpharmatica’s vast drug discovery-relevant databases and expertise, and Admensa(TM)– a unique combination of ADME optimisation expertise, proprietary in silico tools, laboratory services and consulting, to enable early selection of compounds with an optimal balance of properties. On December 6, 2006, Galapagos NV (Euronext & London AIM: GLPG), an integrated drug discovery company, acquired Inpharmatica in an all-share transaction valued at 12.5M Euro, for details see www.glpg.com. Inpharmatica now trades as part of Galapagos` BioFocus DPI subsidiary. 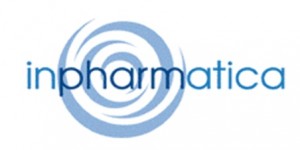 Pentraxin Therapeutics Ltd is a UCL spin out company formed in 2001. It holds all the intellectual property and proprietary knowledge emanating from Professor Mark Pepys’ research at UCL. Pentraxin Therapeutics Ltd is concerned with the research and development of drugs for the treatment of amyloidosis and amyloid-related diseases such as Alzheimer’s disease and type II diabetes, as well as targeting the pathogenic effects of C-reactive protein in cardiovascular disease and inflammatory diseases.

PolyMASC’s patented pegylation and liposomes technologies helped them to be the first university spin out company to float on the London Alternative Investment Market in 1995. The company merged with Valentis Inc. in 2000. In July 2007, Urigen Pharmaceuticals Inc completed a reverse merger with Valentis Inc, Urigen Pharmaceuticals is a speciality pharmaceutical company dedicated to the development and commercialisation of therapeutic products for urological disorders.

A London based biotech company pioneering the discovery and development of a unique class of low molecular weight sequence-specific DNA-interactive drugs designed to treat gene-mediated diseases. The company is commercialising a platform technology capable of discovering lead compounds that target any gene sequence. The therapeutic potential is in a broad range of diseases and physiological processes.