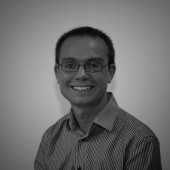 After completing his DPhil in nanotechnology at the University of Oxford, Tim moved into academic publishing as Commissioning Editor for Cambridge University Press, where he developed successful book lists in chemistry and materials science. He then took a role managing the book programme in the Royal Society of Chemistry’s publishing division. As well as modernising the programme’s visual identity, he began the process of making the entire back catalogue available electronically as well as in print. In 2005 Tim returned to the academic environment, taking a position as Business Manager at UCLB. There, for the past five years, he has been responsible for exploiting the intellectual property generated in the Chemistry, Chemical Engineering and Mechanical Engineering departments.