UCLB assists in development of an advanced memory concept

The first purely silicon oxide-based ‘Resistive RAM’ memory chip that can operate in ambient conditions – opening up the possibility of new super-fast memory – has been developed by researchers at UCL thanks to proof of concept funding from UCLB.

Resistive RAM (or ‘ReRAM’) memory chips are based on materials, most often oxides of metals, whose electrical resistance changes when a voltage is applied – and they “remember” this change even when the power is turned off.

ReRAM chips promise significantly greater memory storage than current technology, such as the Flash memory used on USB sticks, and require much less energy and space.

Dr Tony Kenyon, UCL Electronic and Electrical Engineering, said: “Our ReRAM memory chips need just a thousandth of the energy and are around a hundred times faster than standard Flash memory chips. The fact that the device can operate in ambient conditions and has a continuously variable resistance opens up a huge range of potential applications.

“We are also working on making a quartz device with a view to developing transparent electronics.”

UCLB, the technology transfer office that commercialises research arising from UCL, has supported Dr Kenyon’s project through proof of concept funding, with backing provided because of its strong potential for a fully-commercial outcome.

Facilitated by UCLB, a patent application has been filed to protect the wide range of intellectual property rights arising from technology – enabling the UCL research team and UCLB to discuss commercialising the technology – and, in fact, discussions around investment potential and joint development are already in progress with leading semiconductor companies.

Dr Vassilios Albanis, the Business Manager at UCLB who has worked closely on the project, said:

“The prospect of an always on, fast access and low consumption memory is an interesting possibility which will allow future computer systems to overcome a number of limitations.

The non-volatile memory technology, developed by Dr Kenyon and his group at the Electronics Engineering Department UCL, represents an exciting direction towards achieving high memory density with low power consumption which can enable a paradigm shift in computing.

Research into the next generation of memory devices is constantly pushing the barriers of existing technology. Although Dr Kenyon’s ReRAM is at an early stage of development, it has so far exhibited exceptional characteristics making it a compelling commercial opportunity.

We are actively working with the research group towards the commercialisation of this innovative technology.”

UCLB is a leading technology transfer company that supports and commercialises research and innovations arising from UCL, one of the UK’s top research-led universities. UCLB has a successful track record and a strong reputation for identifying and protecting promising new technologies and innovations from UCL academics. It invests directly in development projects to maximise the potential of the research and manages the commercialisation process of technologies from the laboratory to market. UCLB supports UCL’s Grand Challenges of increasing UCL’s positive impact on and contribution to Global Health, Sustainable Cities, Intercultural Interaction and Human Wellbeing. For further information, please visit www.uclb.com 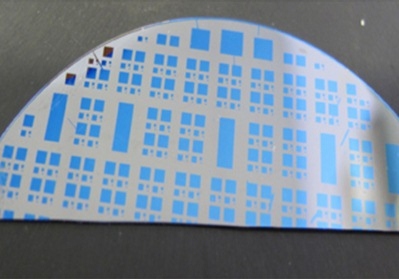