Current methods of production result in SWNTs that are typically highly agglomerated and contain a mixture of metallic and semiconducting species. However, to be of most use in commercial applications the nanotubes are required to be individualised and purified. Current techniques used to deliver the required level of purity are restricted to producing very small amounts (typically only micrograms) and also often result in damage to the nanotubes.

A research team from the London Centre for Nanotechnology, consisting of Dr Chris Howard, Professor Neal Skipper (both UCL) and Professor Milo Shaffer and Dr Sian Fogden (both Imperial College), have developed a novel process to separate and purify SWNTs. This sonication-free enrichment process relies on the selective reduction of SWNTs in liquid ammonia. The SWNTs accept solvated electrons and spontaneously de-bundle. The process is high yielding, cost-effective and commercially scalable, thus addressing a key gating factor in the successful commercialisation of these unique materials.

The original research was supported by the Engineering and Physical Sciences Research Council and resulted in a number of patent applications filed by UCLB. Later development work and process optimisation was funded by the Linde Group, a world-leading supplier of industrial, process and speciality gases. Early in 2011 Dr Tim Fishlock, Senior Business Manager at UCLB, helped to exclusively license the process to Linde for scale-up and manufacture. This transaction promises to herald a new phase of SWNT exploitation and commercial development. 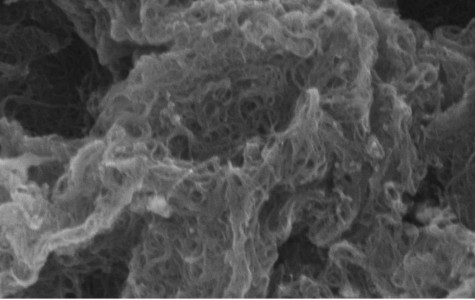